There's a video, if you click on the image below: 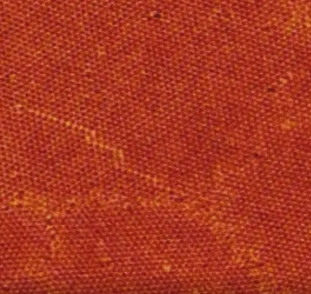 What you see there looks a bit like high-resolution transmission electron microscopy (HRTEM) of a metal. You might recognize single crystal grains separated by grain boundaries and a lot of other features from solid state physics textbook: a dislocation line moving around, vacancies jumping from one lattice site to the next. But this is not electron microscopy and these are no atoms! What you see here are small silica (glass) beads in a fluorescent suspension, imaged by a confocal microscope. Although there is no attractive interaction between the particles (hard sphere), entropy drives the formation of a close packed crystal. From a thermodynamic point of view this seems counter-intuitive, since entropy is usually pushing towards disorder. However, in this particular system, the closed packed configuration gives the individual particle more space to move around, which maximizes entropy.

A useful feature of these crystals is that they behave very much like the atoms in a metal, but at time and length scales that are accessible to light microscopy. As the clock in the corner of the video tells you, the things you see in the movie happened over the course of one hour. The individual particles have a diameter of 450nm and can be resolved with a modern confocal microscope. Larger particles can be used of course. They just move even more slowly.

There are many techniques to study metals on the atomic scale, but none of them allow you really to watch what you see in the video above. HRTEM doesn't show individual atoms and is extremely challenging to do. X-ray  diffraction (XRD) averages over the whole sample volume and gives you reciprocal space information only. Scanning electron, tunnel or atomic force microscopy (SEM, STM, AFM) are surface techniques and not bulk sensitive. Tomographic atom probe (TAP) is destructive and allows post-mortem analysis only. Computer simulations have become a very important tool during the last years, but the number of particles that can be simulated and the time period over which they can be studied will always be limited by computer power.

The sample shown in the example above is a poycrystal. Single crystals of colloids can be grown by preparing a template [1], using photolithography. The templates we fabricated at the CNS-Facility at Harvard are hole patterns in PMMA films on a microscopy slide:

Both pictures show the same slide held at slighty different angles to the light source and the observer. Depending on the orientation, constructive interference causes the pattern to shine brightly in different colors. As shown in the cartoon inset, the sedimenting particles in the first layer settle into the hole pattern and act as a seed to direct the formation of a single crystal in the subsequent layers. In this way, we can grow large crystals in various crystallographic orientations:

This was my topic when working with Frans Spaepen and Dave Weitz at Harvard University.

I am indebted to Peter Schall, who started this project before I moved in, and to Claudia Friedsam, who also worked on these systems and helped me a lot at the start. I also enjoyed working with Katharine Jensen and Maria Persson Gulda, who continued the project after I left Harvard.